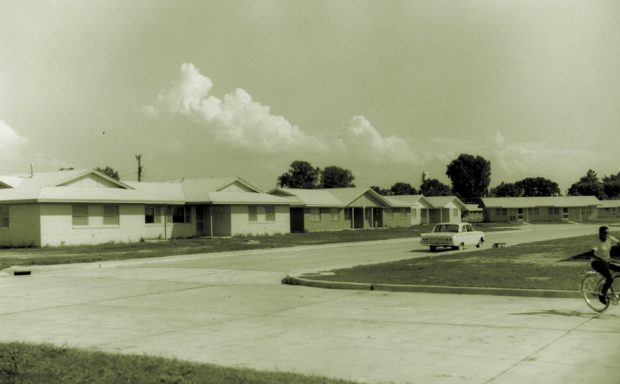 We lease and manage 355 units of housing in four separate neighborhoods covering more than 40 acres of land. With an average resident population of 750, we provide homes for approximately 10% of Osceola’s total population. Our residents work in restaurants, factories, health-care organizations and myriad other businesses in the Osceola and greater Mississippi County area. They attend schools and churches in Osceola; they shop at local businesses, use local services and contribute in the same way, to the economy, health and vitality of the City that every other citizen does.

OHA’s day-to-day and long-term operations and planning are the responsibility of a staff of fourteen full-time employees. Nine employees are in the Maintenance Department; five are in the Administrative Department. Six of our staff are OHA residents, up from zero in early 2013. We also have a long-time resident serving on OHA’s Board of Commissioners. Speaking of Commissioners, OHA’s operations and planning are governed and guided by a five-member Board of Commissioners. The five Commissioners, all volunteers, meet monthly to review and monitor agency finances, planning and overall performance. Although the agency keeps fairly typical business hours, we are, in fact available and on-call 24 hours a day, seven days a week, 365 days a year. You can contact us here [link to contact info].

THE EVOLUTION OF PUBLIC HOUSING 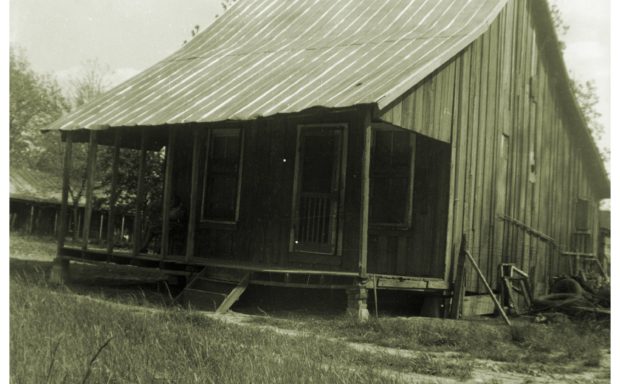 As the Great Depression deepened in the early 1930’s, President Roosevelt, along with Congress enacted a sweeping set of initiatives to combat the many ills of the Depression, popularly known as the New Deal. One of the many agencies created to combat rampant unemployment and suffering, and generate economic recovery was the Public Works Administration, or PWA. The National Industrial Recovery Act of 1933 directed the PWA to develop a Housing Division, that would create a program for the “construction, reconstruction, alteration, or repair under public regulation or control of low-cost housing and slum clearance projects…” by providing provide low-interest loans to public or private groups to fund the construction of low-income housing (the first LHA’s, or Local Housing Agencies). A novel and ground-breaking concept; but too few qualified applicants took advantage of the program.

This led, in turn to the PWA Administrator, via the mandate of the 1934 National Housing Act directing the PWA Housing Division to construct public housing on its own, which led to the development, between 1934 and 1937 of 52 publicly funded housing agencies across the U.S., Puerto Rico and the Virgin Islands. It also was the basis in part for the Housing Act of 1937, which established publicly-funded low-income housing as a permanent Federal program. That program was the responsibility of the United States Housing Authority (USHA), which was created as part of the 1937 Act to manage subsidies to local agencies for an initial period of two years. The USHA replaced the temporary PWA Housing Division, and oversaw a significant increase in the annual housing units developed.

As part of President Truman’s Fair Deal package, The Housing Act of 1949, among other housing stimulus and financing elements set as a goal the construction of 810,000 public housing units in ten years.

THE EVOLUTION OF OSCEOLA HOUSING AUTHORITY

The Agreement allowed for the pursuit of funding through the USHA and/or other venues, and specified an initial development of approximately 150 housing units.
On ____________ Osceola Housing Authority executed an Annual Contributions Contract (ACC) with ___________ to provide funding for the development envisioned in the Cooperative Agreement. Planning got underway almost immediately.

Since an important element of the national drive to establish publicly-funded housing was the elimination of slums, the Agreement envisioned goals for replacement of “…insanitary housing…” with safe, clean, sanitary and affordable housing for low-income families and individuals, which were documented throughout development and construction.

The design of each neighborhood was in direct and stark contrast to the prevailing design concepts for public housing. Featuring large common and play areas, large residence lots and the potential (realized over time) for mature trees and landscaping, they both represented an advancement in public housing development theory.
Construction initiated in 1960 and completed in 1962, although demand was strong enough that occupancy began some time before completion.

We are a not-for-profit entity regulated by all relevant State and Federal Rules [link to The Rules That Guide Us] that govern any like organization.
We are a public entity, which means that our Commission and Planning Meetings are open, subject to certain confidentiality privileges; we are subject to and compliant with Freedom of Information Act requests; and, as a federally subsidized organization, we must comply with regulations regarding bidding, contract awards, procurement and other activities that include expenditure or commitment of federal funds.

We are expected to operate and maintain our business exclusively on our revenues and federal funds.

We are a significant and constructive member of the larger community that is the City of Osceola. We are a consumer of the City’s resources and, at the same time a contributor to its economy and vitality, just as with any other community within the City. In recognition of those two facts, what we WANT to be “What We Are”, in all possible aspects is a net contributor to the City’s, and the larger region’s economy and vitality.
We are not a Section 8/Housing Choice Voucher/”HUD” housing provider. We are not emergency housing providers. We are a Public Housing Authority.

The Rules That Guide Us

We are a Public Housing Authority. We receive federal funds, in the form of operating subsidies and modernization grants to operate, maintain and improve our housing portfolio, as well as our physical operating plant. These funds derive from the U.S. Department of Housing and Urban Development (HUD).

As such, we are, in addition to being governed by all relevant Local, State and Federal laws and regulations, responsible for adhering to a broad and comprehensive set of Federal regulations that are specific to publicly funded low-income housing.

Within Chapter IX, Parts 960 through 966 are perhaps most relevant to applicants, and current and former residents. These parts define the following activities, policies and processes:

We depend on and are very responsive to both explicit and implicit guidance gained during our frequent interactions with HUD’s area Field Office (we just call it “HUD Little Rock”), which is a part of HUD’s Region VI, headquarters in Ft. Worth, TX. If you need to contact HUD Little Rock, you can find the information here, on HUD’s website:

Finally, and most significantly, we are guided by the oversight and input from our Board of Commissioners. Look at it like this:

All of this, then represents the total amount of directive, guidance and other inputs that, when taken together can be called the rules that guide us.

Our continuing job is to receive and comprehend all that input, and to synthesize it into a coherent, compliant operating philosophy that accommodates the needs of our residents in both the short and long term.

We are a Public Housing Authority. Our mission is to provide the highest quality housing possible to those who have a need and qualify. In a larger sense, we work to be one of many things that help those that live with us progress towards their personal life goals; our part in that is to ensure that they have a clean, safe, highly sustainable home in a good environment with excellent support services, all of which are focused on helping them on their path.
By doing that consistently and well, we further the goals of the American public, our ultimate employer.

We are a Public Housing Authority. So, first and foremost, we help by providing safe, sanitary, highly efficient and respectable housing for low- and very-low income U.S. citizens who choose to reside in the City of Osceola. We prioritize our efforts to provide housing to working families and individuals, a group that comprises over 50% of our households; and to the elderly and disabled, a group that comprises a significant number of that remaining 50% of households. This latter group most often relies on a fixed income; all our residents are helped by the availability of the housing we provide, which offers an affordable option to the broader area rental market. Using our monthly Operating Budget funding, we partially subsidize our rents, allowing our residents to control their housing costs and thus more ably manage their other financial and life responsibilities.

There is another way we help. It isn’t policy so much as an organizational philosophy. We provide an opportunity for citizens to access “but-for” housing. That means that, for a not-insignificant fraction of the low-income population of Osceola, but for us and the housing opportunities we offer, there would be no other realistic, let alone high-quality housing options available to them. One important part of that: we have as residents a large number of young adults who, but for us would not have that opportunity to get that first place of their own. This means they are also learning for the first time how to manage their independent lives, often on limited means, which often stem from their first forays into participating in the employment economy. Which means learning to budget, to manage transportation and a household and to function as an adult part of a community. We help with all that for as long as they live with us. As importantly, we help by providing quality homes for our elderly and disabled residents, along with all the support services – maintenance and repair, landscaping and grounds maintenances, and full administrative services – so that they can maximize the quality of their independent lives in a setting that they would probably not otherwise find available on the broader rental market. But for us, those opportunities just wouldn’t be available.

Finally – another part of our organizational philosophy is to be respectful of our ability, and obligation to help by providing that often critical second chance housing opportunity to those who may have faltered in the past.
Public housing is most often, and rightly perceived as a “stepping stone”; a waypoint on the path towards self-sufficiency, fulfillment and empowerment. Many times, however we also offer that “step back up” onto the path for those who may have experienced setbacks or hardships that make it difficult to secure housing on the broader rental market. We help by providing a safe base from which to find and get back on that path for those who are sincere about doing so.

How We Operate and Why

We are a Public Housing Authority. At the same time, we are a not-for-profit business. We serve an important public good; and yet, we must balance our desire to altruistically serve that good with our responsibility to our bottom-line imperative.
The operation of OHA is subject to numerous performance measurements. These measurements allow HUD to quantify the effectiveness of our operations in order to judge the health and wellbeing of the organization as a going concern. These measurements include:

Why We Are Needed

This question is possibly the easiest, or at least the most straightforward one to answer of all. There are numerous studies and other investigations showing the need for affordable, low-income housing (just look here). At the end of the day though, we are needed, quite simply, because the American people have decided – repeatedly – that access to high-quality, affordable housing for those among us who need it most, is something upon which our society places much value. It is something that the American people have voted to fund and support, time and time again. It is one of our ideals as a society.
Osceola Housing Authority is a physical manifestation of that public value. We serve the housing needs of low-income citizens in order to fulfill the will of the American people. That is why we are needed.
On a personal note: we are also desperately needed as a safe, stable, affordable and secure housing option for low-income, young adult parents, and especially their children.